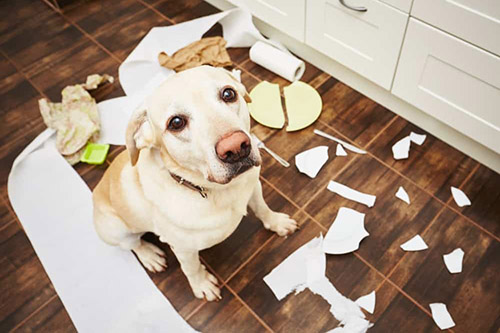 In the puppy, we talk about education when it comes to teaching him the basics of good behavior to adopt. On the other hand, when it comes to correcting bad habits, we speak of rehabilitation. Indeed, it is then necessary to resume the education of the dog in order to re-teach him to behave well. Let’s find out how to do it.

Rehabilitating a dog: what are we talking about? Which dogs are affected?

Rehabilitating a dog consists of resuming his education in order to make him lose bad habits and put in place good ones. It is thus a question of unlearning what he should no longer do in order to then teach him again the right behavioral gestures. It is a delicate operation which aims to modify the patterns of actions adopted by the dog to accompany him towards a new, more appropriate behavior.

As you will have understood, re-educating consists of re-educating, that is to say resuming the education that has been incomplete, badly carried out or not carried out to bring the animal to better bases. We erase the bad habits taken to reinstall new ones, more adapted to the wishes of the master and the natural needs of the dog.

Rehabilitation can be undertaken at any age. Indeed, if in the majority of cases it is adult dogs, especially from shelters or who have been cared for by new masters after having been – voluntarily or not – abandoned by the old ones, a young doggie can might as well be concerned. Indeed, some animals very quickly take on bad habits, especially when their masters have not been able to teach them the basics of a healthy and balanced canine education.

It’s usually easier to retrain a young dog because the bad behaviors haven’t been ingrained for many months or years, but the process still requires a full retraining approach.

How to undertake the rehabilitation of a dog with bad habits? What precautions?

Before considering embarking on the process of rehabilitating your dog, it is important to take the time to take stock of certain parameters.

Your doggie may have adopted bad habits because of his experience. He may indeed have suffered a trauma, have lost a loved one (human or animal), have been the victim of violence, or even never have been educated. These conditions of the past can greatly impact his present and block any possibility of acquiring a healthier foundation.

Although it is never too late to act, the older the animal and the more violent and painful the traumas of the past, the more difficult it will be to rehabilitate it. For some, it is even impossible to erase years of bad habits. In this case, it will be a question of acting in a coherent and as balanced way as possible to try to improve things.

The help of a professional canine educator is often essential to accompany a dog whose past is unknown or who has recently been adopted, because it is necessary to take into account its character, its sensitivity and its emotional state to set up a rehabilitation. adapted.

Some dogs suffer from developmental disorders or other forms of disorders that can interfere with the provision of proper training and rehabilitation. The help and support of a professional, such as a dog behaviorist trainer, can be essential support in this case.

To rehabilitate your doggie and put in place a good foundation, it is imperative to be firm. Firmness is not violence, nor brutality, nor punishment. It is a question of asserting oneself, of setting up a coherent rehabilitation, with clear orders, always identical for the same request, and without turning back. If your animal perceives a weakness, it will rush into it and your leadership role will be reduced to nothing.

To be firm is not to show severity, but to be able to impose a healthy and balanced framework that will help the dog to build more stable, more solid and above all more reassuring landmarks.

On the other hand, for the rehabilitation to prove its worth, we recommend that you accompany it with kindness. Benevolence is not accepting everything the dog does. This consists of encouraging him to behave in the right way through patience, clear and coherent explanations and rewards. It’s about congratulating successes to encourage the animal to repeat them, and ignoring bad behavior to encourage the pooch to stop it.