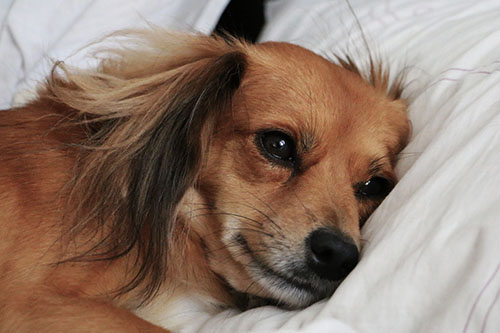 Human beings have long mistakenly considered that the animals closest to them, whether they are farm animals for food or pets, are devoid of emotions. However, fear, anger or disgust participate in the survival instinct of living beings.

Similarly, other emotions such as joy, sadness or surprise represent sensations essential to the cohesion of the group or the pack for all so-called social animals. Without slipping into anthropomorphism, many studies tend to prove that our hairballs are not devoid of sensitivities, quite the contrary.

We can even, contrary to Descartes and his animal-machine that has stuck with us for centuries, admit that the animal is also endowed with the feeling of attachment. To fully understand the basic difference between emotions and feelings, let’s dwell on their definition and see what emotions drive your lovely pooch.

Emotions and feelings, words that are not synonyms

In our language of words and concepts, we often substitute one word for another. However, in the case of sensations generated by emotions or feelings, we make a mistake: emotions and feelings are indeed distinct. Although it is sometimes difficult to distinguish these two words, here is how to differentiate emotion from feeling.

What is an emotion?

Emotion is in fact a sudden, brief sensation that overwhelms us. It most often results in a thoughtless, spontaneous reaction, dictated by the context. Temporary, this intense affective state is manifested by a mental or physical disturbance:

Emotion often has no definite object. It is the context that determines the disturbance that will animate us and take control, sometimes pushing us to inappropriate or even unreasonable reactions. There are many emotions in humans, we will retain those that dogs share with us: joy, sadness, fear, anger, surprise, disgust.

Also subjective, the sight of a mouse, for example, will not trigger the same emotional reactions between different individuals of the same or different species.

Unlike emotion, feeling takes hold. Emotional state, it is however less intense and applies like a watermark in our psyche. If the emotion has no defined object, the feeling can be directed towards a person, an object, a situation.

Conscious by our brain, more often unconsciously, the primary emotion that persists turns into a feeling. This is the case with love, which stems from the emotions of attachment, tenderness and desire. Anger, in humans, when it persists, turns into hatred. Finally, fear, which contributes to our survival, will turn into a feeling of diffuse anxiety.

Our pets also experience many emotions. Some also lead them to experience complex emotional states, as demonstrated by numerous studies on the subject. Let’s see what emotions run through our adorable furballs.

The emotions of our dog friends

Most of the emotions we feel contribute to our survival. Indeed, how can you survive a danger if you feel no fear? Likewise, living in a group implies being able to transmit your mental state so that the individuals around you understand it, or feel it, in order to respond to it or ignore it.

A social animal, the dog has a wide range of emotions that allow him to live in community, to defend himself, to flee in case of danger, to adopt an attitude of appeasement to avoid conflict. Emotions allow the animal to feed, to protect itself, to reproduce, to live in packs.

As for us, so-called primary emotions promote adaptation to their environment. Many scientists and behaviorists are now confirming what pet owners have been saying for a long time: yes, our dogs have and express emotions.

Joy, fear, sadness, anger or disgust go through them just as much as we do. And, although they do not formulate them with words, body postures and behaviors reflect your dog’s state of mind at a given moment.

Observing and understanding the postures that reflect your pooch’s emotions remains an asset. undeniable to create with him a harmonious relationship full of joy and love.

Can dogs understand our emotions?

We have all had difficult days or sometimes sadness prevails. Whether we wore a gloomy look on the world or the tears flowed from our eyes and neither one nor two, your dog is by your side. He is ready to hold out his paw or lick your face to make your sadness stop.

A backfiring noise surprises you and you jump? Your dog is also on alert. Without question, our canine friend is overflowing with attention to detect the moods and emotions of those with whom he shares his life. In order to understand what is going through our head, the dog relies on our voice, our body movements, our facial expression and our smell.

As for its congeners, your four-legged friend relies on the postures of your body to determine your emotion of the moment. The good humor that emanates from your voice encourages your pet to carry out an order more than a monotonous voice. Numerous studies have shown that dogs are more sensitive to high-pitched human voices than low-pitched ones.

Finally, dogs have learned to decode our facial expressions. Researchers have shown that the dog looks differently on a cheerful face and quickly turns away from a closed or angry face.

In addition to recognizing the emotions that cross us, our four-legged friends adapt their behavior according to those that cross us. Whether he ate your shoe, forgot himself on the carpet or you are angry for a reason that has nothing to do with him, he will adopt a calming behavior in order to reassure himself and defuse the dispute.

Does this mean that our dog, reputed to be opportunistic, would only act for his own well-being and would not love us? Rest assured, he does love you, the way a dog loves and not the way we humans deal with the world of emotions and feelings.